[R*pe Animation ACT] It’s time for you to bust down the doors of this all girl, virgin worshiping, virgin only academy!! 700+ hand drawn animations & player controlled r*pe!! 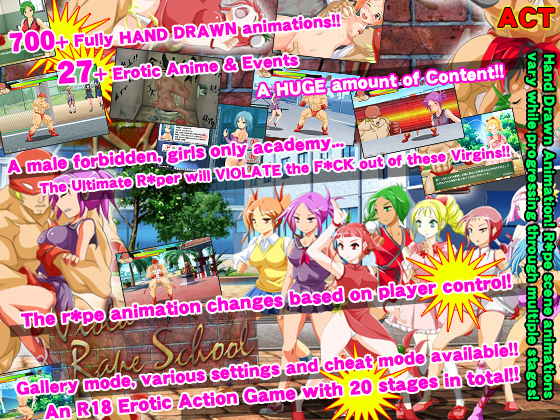 An action game with fully hand drawn animations delivered to you by Vitamin CCC.
Fist fight your way into an all girls academy and leave a trail of r*pe in your wake.

After downing a girl, you can control the stage procedure of r*pe at your will.
This is the key point of this work!
Beat the f*ck out of, capture and then have your way with the girl.
Watch her as she begs for mercy or ravage her silly in one fell swoop.
You can change sex positions by key command!
Feel the reality, enjoy the ambiance, immerse yourself in this r*petastic work.

Start with and enjoy the trial version!

Saint Girls Viola School.
An all girls academy that only virgins are allowed to enroll.

An extraterritorial paradise for women,
allowed by the government to bear arms,
With an ‘army’ of 21690 girls enrolled.

They may be exalted on a pedestal by the general public but,
with backing from feminists and male violence on the rise,
there is no end to newly enrolling students.
On top of that, there is a strict vetting process…

Article 1
This academy is a, male forbidden, all girls academy.

Article 2
The purpose of this academy is to segregate all men and women
in the world and create a female only paradise / country.

Article 3
In order to achieve the goal, this academy allows its students
the right to bear arms, learn martial arts and administer force.

Article 4
The students of this academy must meet the following criteria.

(1) Have never dated a man.
(2) Have never had a physical relationship with a man. Is a virgin.
(3) Can pledge to never again have physical contact with men.
(4) Will look down on men without feeling inferior and is proactive in creating our Utopia.
(5) Will learn martial arts and combat techniques to counter male violence.
(6) Understands the goal, meaning and ideology of this academy and can participate in the fight against men.

Article 5
This academy can refuse the entry of men and if any forceful entrance
is attempted, all students must subjugate the enemy together.

Article 6
All actions that take place in this academy will be judged by this constitution.

In recent years, public order and morals have decreased.
Sexual violence against women is on the rise.
Living among us, there is one man, feared by all.
His name, ‘The Ultimate R*per’

It is said that in the last 7 years he has performed 9452 cases of sexual assault.
That he has on average r*ped 3.5 women a day.
This phantom guerrilla r*pist, can appear anywhere and target anyone.

But, it is said that this man is aiming higher, to create his own legend.
To perform a r*pefest that no other man can…
That is, to assault the all girls academy. Saint Girls Viola School.
A different feat entirely from assailing feeble women.

The girls of this academy are pure, worship virginity, train in martial arts / combat
technique and carry weapons to protect themselves from men.

To fail will mean death. To be captured will mean an extraterritorial trial.
But to create his legend, nothing will stop The Ultimate R*per.

…He proceeds in the direction of the academy…

They worship virginity, and hate men.
This academy is full of f*cking feminazis
who hold a grudge against the male gender.

Use your might to push them down and
shower them with a a rain of r*pe and violence!

As they moan and groan, have your way and change position.
They thought they were safe in the academy. They were wrong.

The animation of course, but also the illustrations,
are full of screaming, destruction and despair.

Produced with high quality animation.
They are not just simple ‘looped’ animation.
As things escalate, the animation also changes!

Each stage has been made in such a way that you
can totally ravage a girl in MAN to woMAN combat!

The show time starts from when you capture them!
Do as you please, r*pe as your heart desires. 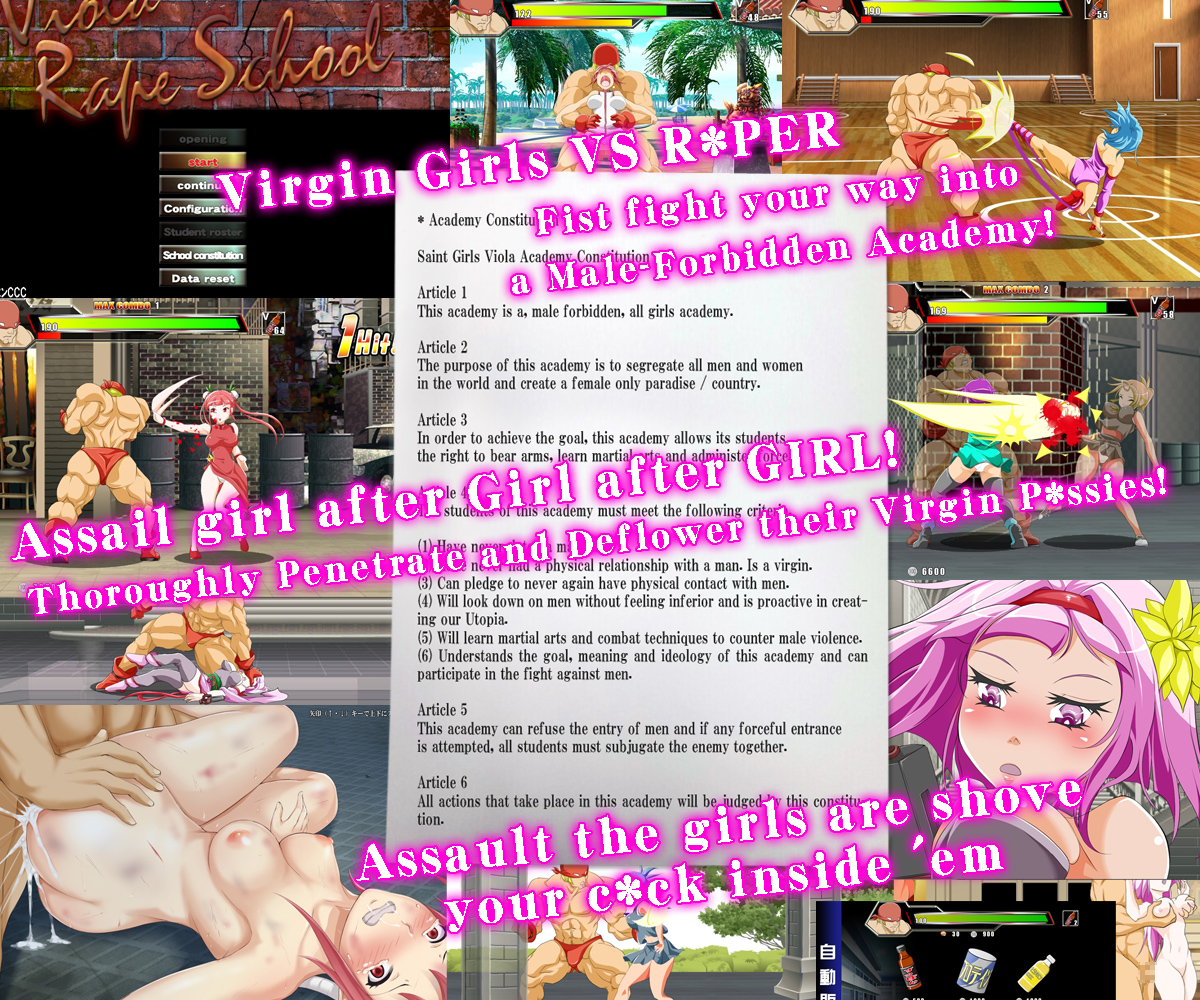 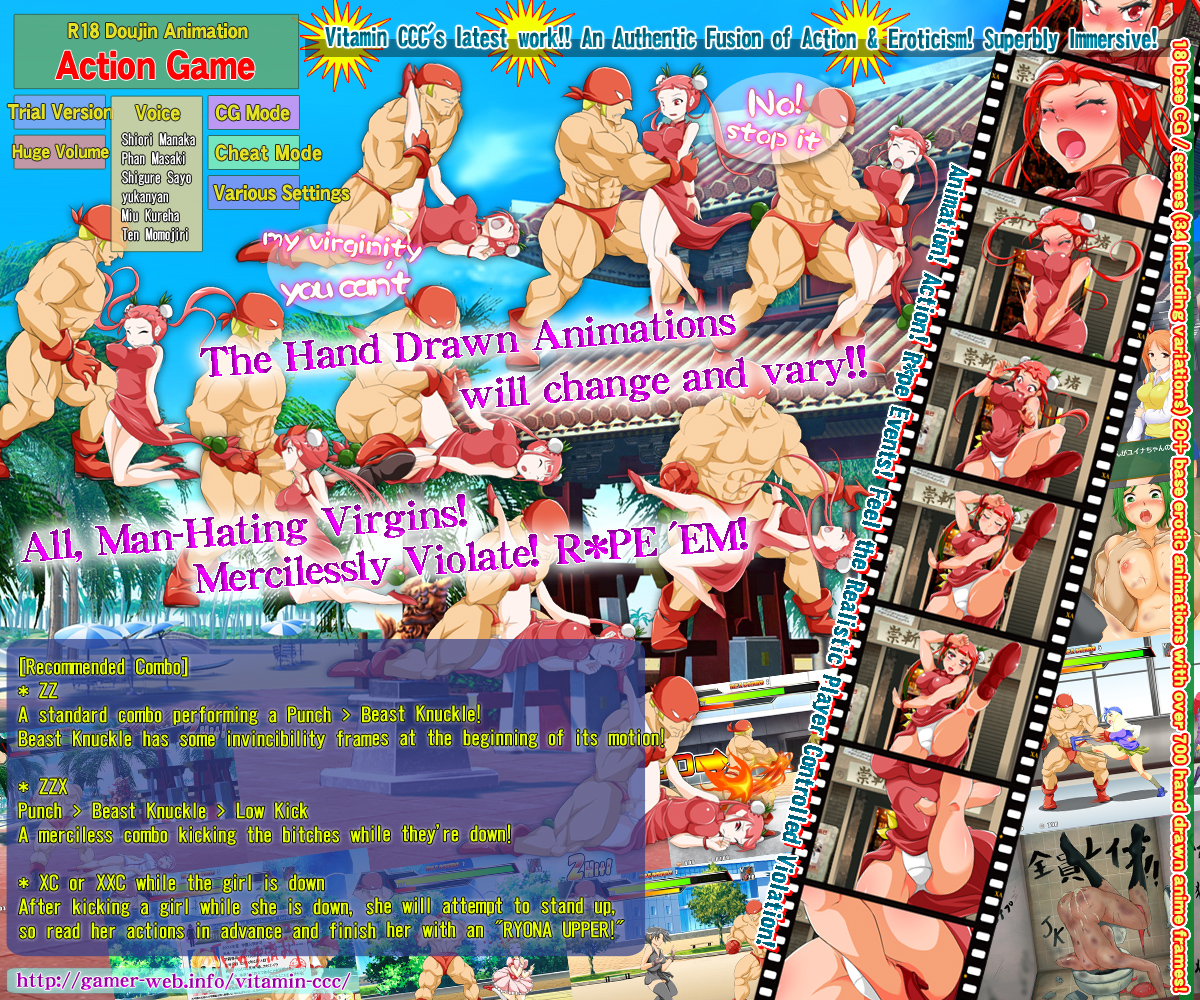 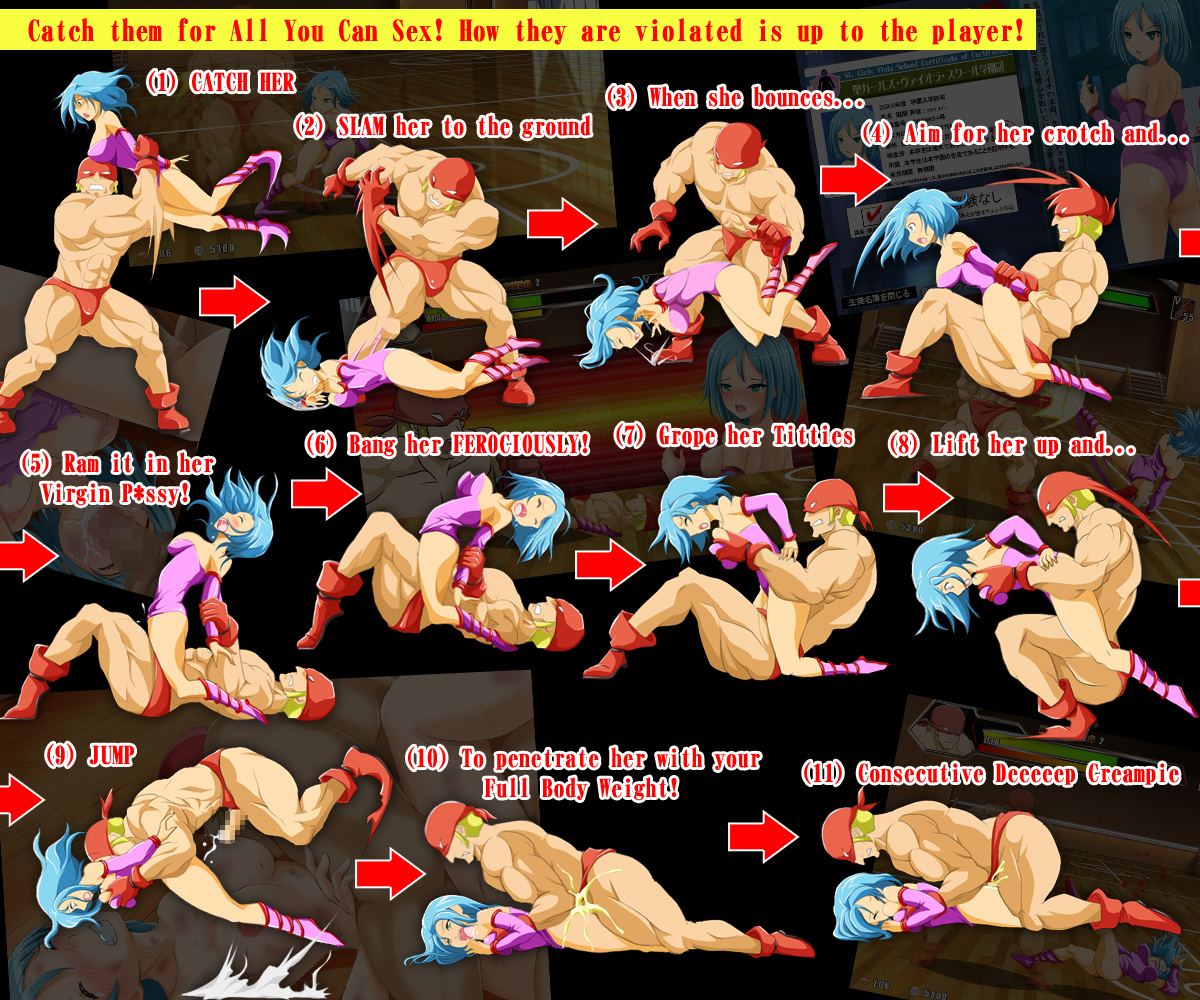 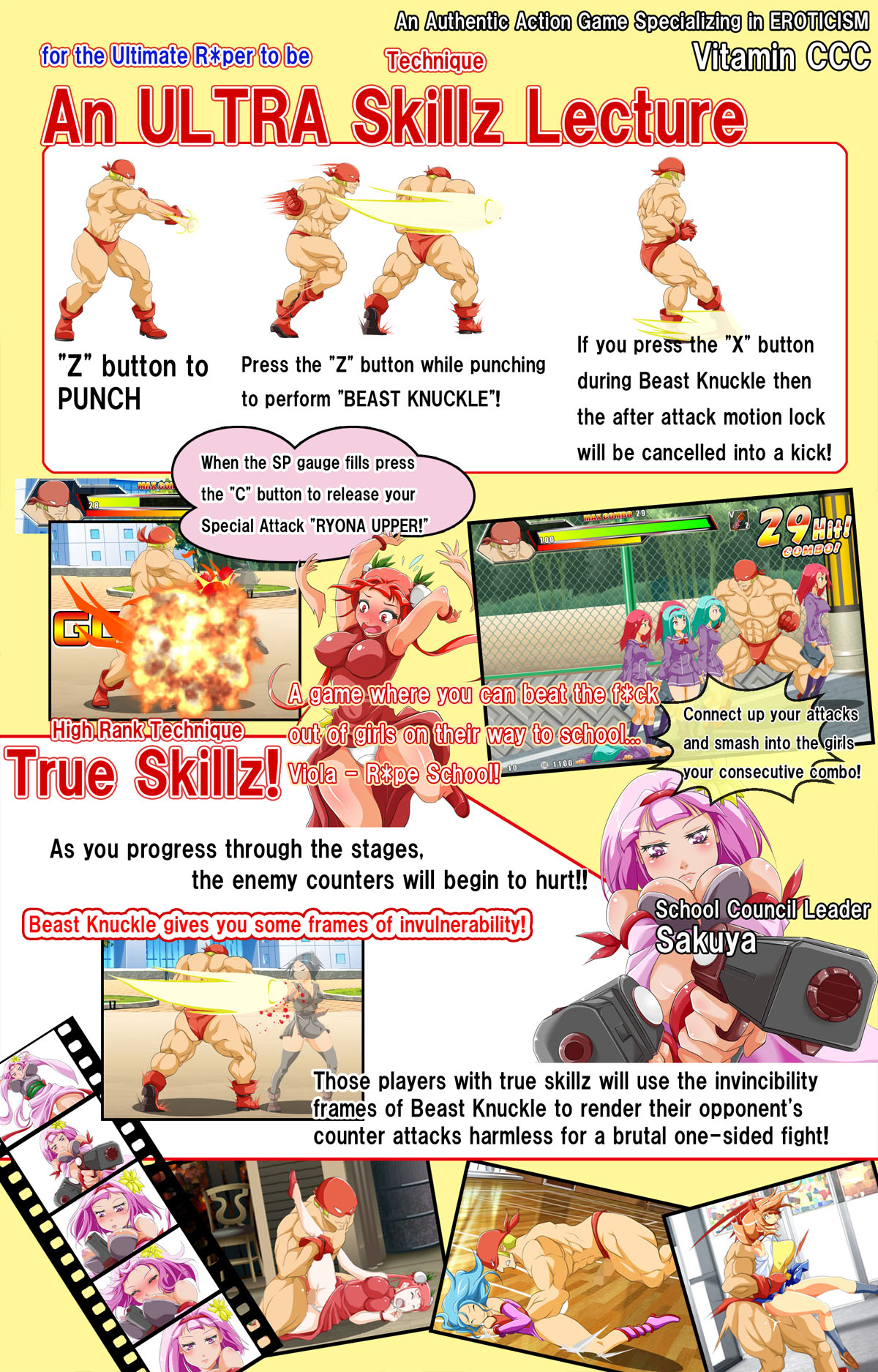 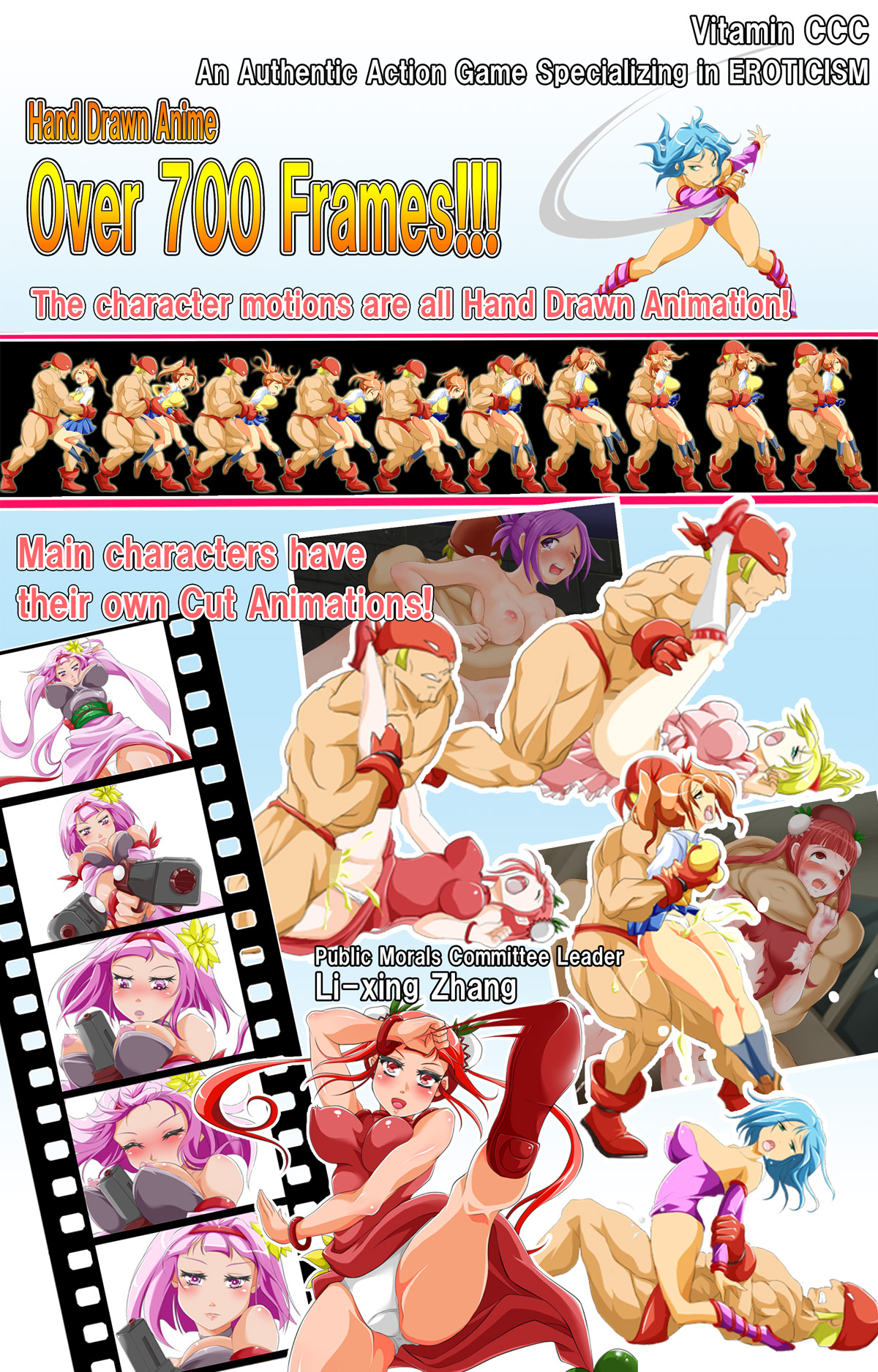 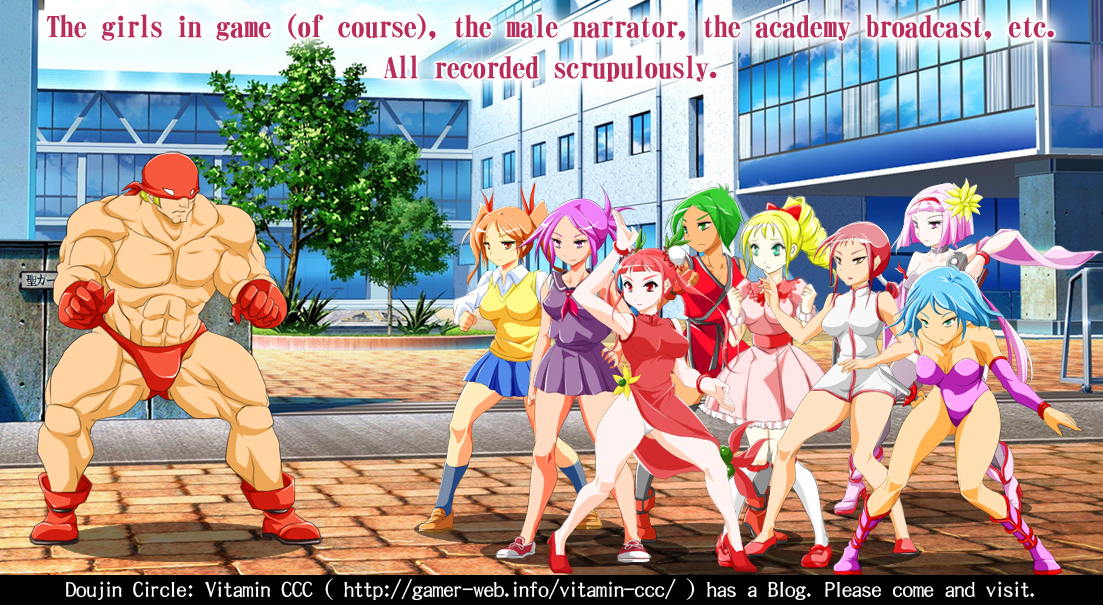 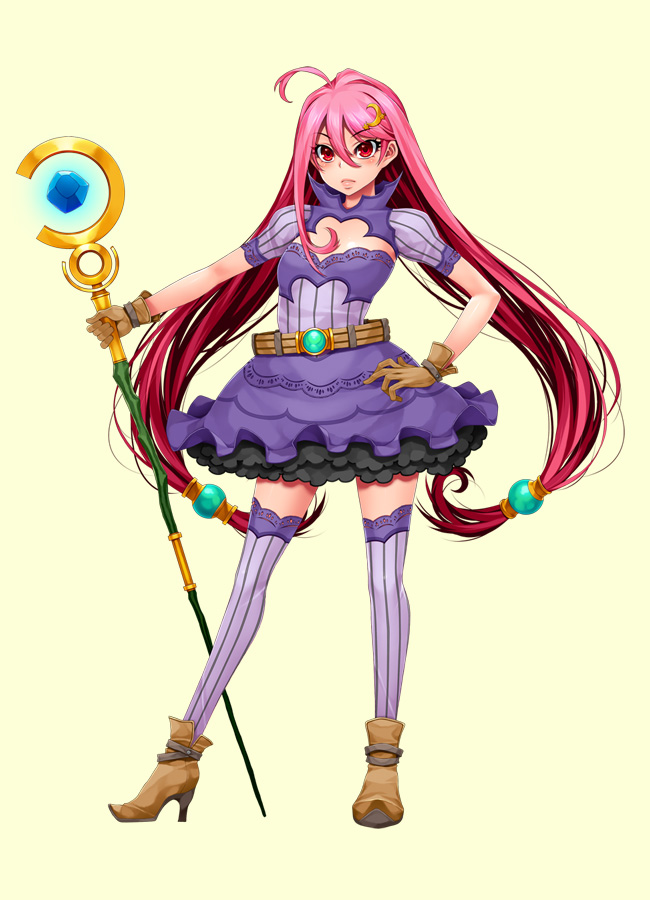